Logic and Accuracy Not Actually Tested

Washington State law requires a test of the election equipment is done prior to each election. It allows for public oversight/observation. The purpose of this test is to demonstrate the accuracy of the machines. Specifically, it is supposed to prove the Ballot Definition File (BDF) was set up properly, and the machine assigns the marked ovals to the correct candidate.

Such tests shall be observed by at least one representative from each major political party, if representatives have been appointed by the respective major political parties and are present at the test, and shall be open to candidates, the press, and the public. The county auditor and any political party observers shall certify that the test has been conducted in accordance with this section. Copies of this certification shall be retained by the secretary of state and the county auditor. All programming materials, test results, and test ballots shall be securely sealed until the day of the primary or general election.

What is a BDF?

A Ballot Definition File is what the tabulator uses to assign the bubbles to a candidate. Similar to a map. The ovals are set up on a grid, and if the top left space has a mark within those coordinates, the vote will go to candidate A. If the ballot is marked a little lower, at a different set of coordinates, it will be added to candidate B’s count. The BDF defines who is at which coordinates on the ballot.

These BDFs can be created by the county elections office, or outsourced. The vendors have been known to offer this service to their clients using their systems. Others make it user friendly so the county can create, update and manage their own BDFs. There is even an option to edit a BDF after the election has started, according to the ClearVote user manuals. There is no audit of the BDF. The only testing done for proof of accuracy is the L&A test.

Within the BDF there are several options that can be included for certain races. A controlling contest is where the selection of a particular race controls other race’s selections on the same ballot. It can override a voter’s selections and record it according to the rules of the controlling race. This would not be obvious to anyone, even to those who are working the elections, and running the machines. This is done long before any election officials even see a voted ballot. They can do everything right, and if the BDF has a controlling race, it could be flipping voter’s selections without anyone noticing.

These are some of the features already present in the systems used by the counties. These are the things they advertise. Imagine what else they may be capable of that they don’t advertise.

In preparing a voting device for a primary or election, a record shall be made of the programming installed in each device. Except where provided by a rule adopted under RCW 29A.04.611, after being prepared for a primary or election, each device shall be sealed with a uniquely numbered seal. The programmed memory pack for each voting device must be sealed into the device during final preparation and logic and accuracy testing. Except in the case of a device breakdown or error in programming, the memory pack must remain sealed in the device until after 8:00 p.m. on the day of the primary, special election, or general election.

If the BDF is altered after testing, the election could be compromised and the public and even the election staff would be unaware. Many elections officials and staff members are doing a great job. They take pride in their work, and take offense to any accusations of inaccuracies. This is because they feel they have done everything they were supposed to do. We applaud this. However, when there is an issue in a component which is not auditable and easily manipulated, it doesn’t matter if they do everything by the book. Errors can still be present without their knowledge.

Testing for a Predetermined Outcome

The results of the test are known in advance, making it easy to get around without detecting any real problems. This test is supposed to prove accuracy and reassure us that the BDF is programmed correctly. Where is the logic in this?

Preparing the logic and accuracy test.

(1) Each county shall prepare a matrix of the test pattern used to mark the test deck of ballots for the official logic and accuracy test. The matrix shall consist of a spreadsheet listing the number of votes cast for each candidate and responses for and against each measure in each precinct or ballot style. The matrix shall include:

(c) One overvote in each race or measure;

(d) For each tabulator’s test deck:

(i) One blank ballot; and

(ii) At least one of each type of ballot to be used during the election including ballots on demand, alternative language ballots, electronically marked ballots, and electronically duplicated ballots.

(e) Unique results for all responses within a race or measure, including write-ins. Additional ballots must be added to the test deck in the following circumstances:

(i) Within a race or measure, more than one response has the same results;

(ii) A candidate appears in two different races on the same ballot; and

(iii) More than one measure appears on a ballot within the same jurisdiction.

(2) A copy of the county’s test matrix and a sample ballot shall be sent to the office of the secretary of state by the fourteenth day prior to the official logic and accuracy test for a state primary or general election. The office of the secretary of state shall review the provided matrix to determine if it is prepared in accordance with this section.

(3) The county auditor shall produce a test deck of ballots based on the test matrix to be used in the official logic and accuracy test for every primary and election.

An error in the Ballot Definition File could result in voters being issued erroneous ballots. This includes offering races which the voter is not eligible to vote in, such as from a different district.

It is not uncommon for there to be incorrectly programmed ballot definitions. They are often written off as human error.

More oversight and transparency is needed in this area of election vulnerabilities.

Clear Ballot now encrypts their BDFs, so when the public requests a copy of it, they are unable to verify if there was anything like controlling contests, straight party voting, or an oval assigned to the wrong candidate.

To read more about the inadequate testing of election systems in the state of Washington, CLICK HERE. 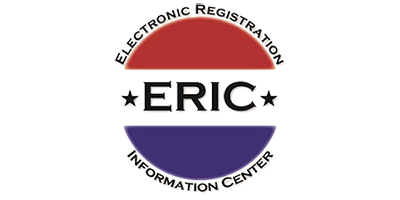 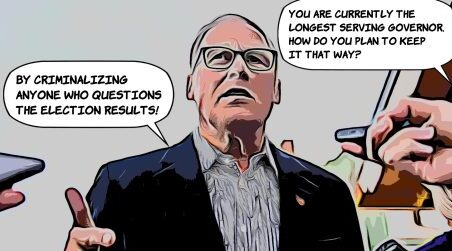