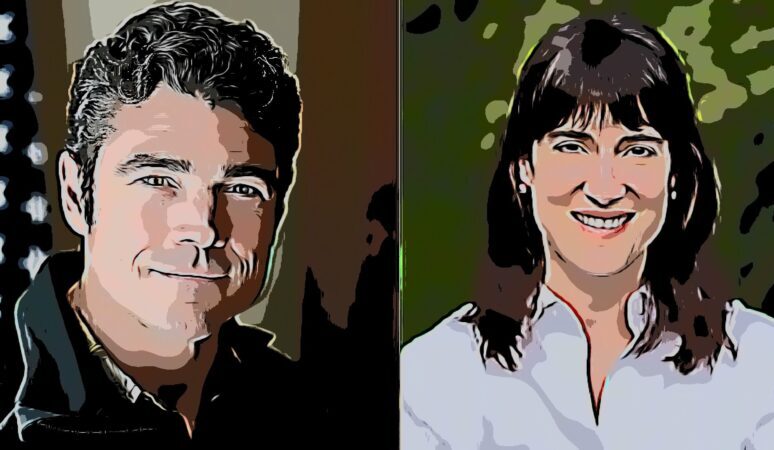 Washington’s Congressional District 3 consists of 7 counties, including Clark, Cowlitz, Lewis, Pacific, Skamania, Wahkiakum, and a small portion of Thurston. Incumbent Jamie Hererra Buetler was voted out during the primary. Some believe this is due to her turning her back on the Republican party when she voted to impeach President Donald Trump. Joe Kent, a Trump endorsed MAGA Republican, took JHB’s place on the November ballot, along with Marie Gluesenkamp Perez, a Democrat who ran for Skamania County Commissioner in 2016, and lost with only 46% of the vote.

Joe Kent was eighteen when he enlisted in the Army as an infantryman and earned his way into the Ranger Regiment and then Special Forces. He served in combat every chance he got, which lasted for over twenty years and eleven combat deployments. His wife also served the country until she was killed in action. Joe adjusted his life in the best interest of his two young children, and moved back to the pacific northwest to be closer to his family.

Marie Gluesenkamp Perez owns an auto repair shop in Portland, Oregon with her husband. She states she wishes to be an independent voice in DC representing Washington residents. She has said several times that she “likes to fix things.”

Following the 2020 Census, the 3rd district was slightly changed during redistricting,  losing Klickitat county to the 4th district and gaining an additional small sliver of Thurston county from the 10th district. The new 3rd district was marginally more favorable for Republicans, voting for Trump in 2020 by a margin of 4.2%, as opposed to the old district’s 3.7%.

Fast forward to the 2022 primary election. Several Republican candidates ran during the primary, and the Democrats had one candidate in the race. When all the Republican votes are added up and compared to the total Democrat votes, Republicans won in a land slide.

In the few months between the primary election and the general election, the district went from being a Republican stronghold to a Democratic district. At least that is what we are left to believe, right? Perez was announced as the winner of the race. Let’s take a closer look.

The district has been a Republican stronghold since 2010, it was seen as a very safe +6% district for the Republicans and was trending more and more Republican. Other Republican candidates did well in the district. Despite Perez’s dreadful performances at debates, somehow she was the most popular Democrat candidate in the district. She outperformed even Patty Murray and Steve Hobbs in her district. Her opponent, Joe Kent, was endorsed by President Donald Trump, and had the support of Fox News, where he appeared as a guest several times. .

As discussed above, Trump did better in 2020 than he did in 2016 in CD 3. Somehow voters had a rapid change of heart? Average Perez won them over with… what? Not charm. It’s not policy. Not a great plan for moving forward. How did she turn the district blue? Even the Seattle Times called her defeat of Kent “the most stunning political upset in the country this year.” We would say it’s unbelievable. Or better yet, impossible.

Joe Kent and Republicans in Washington were encouraging voters and hold on to their mail in ballot until election day, instead of voting early. Many got word of this plan, and did just that. According to the data on the Secretary of State’s website, ballot rejection rates were more than double during the end of the election than it was in the early voting days.

In Pacific County, Joe Kent was the only Republican to lose their race. Even an Independent candidate beat the Democrat Incumbent SOS candidate. We obtained records from the county’s Clear Ballot system, and recreated a timeline of events.

The difference between the Republican and Democrat votes from the primary to the general is shocking. Above was the general election, and below is the primary.

Why would they bother cheating in this county, you ask? If someone were trying to cheat in this race, they would need to cheat in all counties to spread out the excess votes for their opposing candidate. This county is perfect to do that, because they can add a lot of Democrat votes and still allow the Republicans to win the county, so it doesn’t raise concern. It still adds to the overall vote count in favor of the candidate which is being installed.

Cowlitz county also had a larger increase in Democrat votes than Republican votes between the primary and general elections.

Seems odd that there is such a difference in the results from one election to the next. Is the primary used to guage how many ballots a candidate will need to collect to win the general?

Joe Kent’s Facebook account has over 10 thousand followers, while Perez has less than 3 and a half thousand. As far as twitter goes, Joe Kent has 144.6K followers vs Perez’s 30.8K.

We aren’t suggesting that you take that for more than it’s worth, it’s just social media. We just found that to be interesting when considering all the other details we are pointing out.

Both campaigns raised roughly the same amount of money. One didn’t outspend the other by any significant margin. How did Perez pull off this victory?

Our team plans to continue investigating this phenomenon. We are awaiting records in response to requests we submitted, and are actively looking at all the possibilities. We will update this post with further information when it becomes available.

Read other news about Washington’s elections

Be sure to check out the News section for other information about elections in Washington state!

Skagit County’s Sham Recount When vote counting ended in the recent Washington State 2022 general election Legislative District 10 State Representative Position 1 race, it was agreed by all parties that under RCW